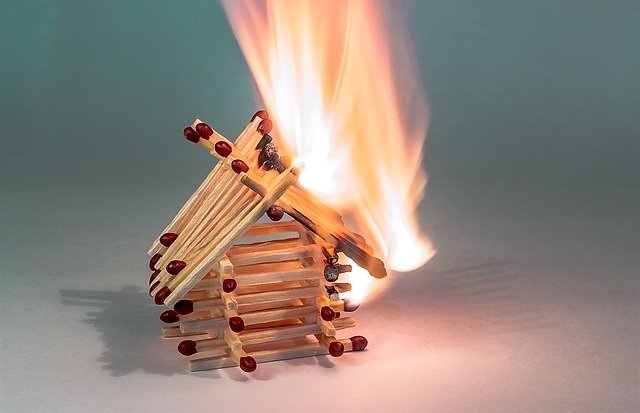 Current law in Scotland makes it mandatory to have a minimum number of smoke alarms and heat detectors fitted in rented accommodation and new builds. However following the Grenfell tragedy in June 2017, where 72 people lost their lives due to a fire sweeping quickly through a tower block in London, a consultation was set up by the Scottish Government. Its aim was to look at the importance of fire safety in private properties. The result of this consultation has led to proposed amendments to the current ‘Housing (Scotland) Act’ to bring fire safety requirements in private properties into line with rented properties and new builds.

If the proposed changes to legislation go ahead the new rules are set to come into force sometime in 2020.

If this happens, then after this date all privately owned homes would require:

Stronger fire safety standards and working smoke and heat detectors have been proven to significantly reduce casualties and fatalities occurring due to fires in the home. If the proposed changes go ahead in 2020 this will mean that everyone will have the same level of protection from fire in their home regardless of whether it is privately owned, rented from a social landlord, private landlord or letting agency.

If you need some help or advice on fitting smoke alarms and heat detectors in your property, Aberdeen Electricians Ltd can help. Get in touch or give us a call on 01224 900077

Proposed Legislation for Smoke Alarms in ALL Homes in Scotland

This site uses Akismet to reduce spam. Learn how your comment data is processed.

We use cookies on our website to give you the most relevant experience by remembering your preferences and repeat visits. By clicking “Accept All”, you consent to the use of ALL the cookies. However, you may visit "Cookie Settings" to provide a controlled consent. Read More
Cookie SettingsAccept All
Manage consent

This website uses cookies to improve your experience while you navigate through the website. Out of these, the cookies that are categorized as necessary are stored on your browser as they are essential for the working of basic functionalities of the website. We also use third-party cookies that help us analyze and understand how you use this website. These cookies will be stored in your browser only with your consent. You also have the option to opt-out of these cookies. But opting out of some of these cookies may affect your browsing experience.
Necessary Always Enabled
Necessary cookies are absolutely essential for the website to function properly. These cookies ensure basic functionalities and security features of the website, anonymously.
Functional
Functional cookies help to perform certain functionalities like sharing the content of the website on social media platforms, collect feedbacks, and other third-party features.
Performance
Performance cookies are used to understand and analyze the key performance indexes of the website which helps in delivering a better user experience for the visitors.
Analytics
Analytical cookies are used to understand how visitors interact with the website. These cookies help provide information on metrics the number of visitors, bounce rate, traffic source, etc.
Advertisement
Advertisement cookies are used to provide visitors with relevant ads and marketing campaigns. These cookies track visitors across websites and collect information to provide customized ads.
Others
Other uncategorized cookies are those that are being analyzed and have not been classified into a category as yet.
SAVE & ACCEPT
Call Now Button